6 Hidden Signs You Might Be Suffering From Iron Deficiency

Iron is a vital component of hemoglobin, the protein in red blood cells that delivers oxygen throughout the body. Without sufficient oxygen, your tissues and muscles function less effectively, resulting in a variety of symptoms. Iron-deficiency anemia is more common in women than men due to blood loss through monthly periods and increased iron requirements during pregnancy. It is also more common in vegetarians and vegans than in meat eaters because the form of iron obtained from plant sources is less well absorbed.

Whatever the cause, iron-deficiency can have a negative impact on your health and quality of life. Here are seven signs and symptoms to look out for. If you have several of them, consider seeing a doctor for a blood test to measure your iron levels. If left untreated, iron-deficiency anemia can cause organ damage.

When your body can’t produce enough hemoglobin due to a lack of iron, less oxygen is carried to your muscles and tissues. As a result, your body is deprived of energy, leaving you feeling exhausted. This symptom is often dismissed since many people attribute their fatigue to a busy lifestyle paired with too little sleep. However, if you sense that your energy levels are lower than normal and you’re feeling weak, irritable and too tired to concentrate, it could be due to a lack of iron.

Iron is vital for the production of hemoglobin, which gives blood its red color. Low levels of iron make the blood less red, which in turn makes your skin less rosy. If you have a light complexion, your face may look pale and sickly.

it even if you have a darker skin tone, parts of your body that were formerly red, such as the inside of your lips and your gums may appear a lighter pink. You can do a quick test by standing in front of a mirror and pulling down your lower eyelid. The inside should look blood-red. If it’s pale pink, you could be deficient in iron.

When hemoglobin is low due to iron deficiency, your muscles are deprived of the oxygen needed to do normal physical activities. When you exert yourself your breathing rate will increase in an attempt to take in more oxygen. This can leave you feeling short of breath after the kind of light exercise you used to find easy. If walking a block or climbing a flight of stairs leaves you panting as though you’ve just run a mile uphill, iron deficiency could be the problem

When the body’s tissues become starved of oxygen due to a lack of iron, the hard pumps harder in an attempt to circulate oxygenated blood. This extra stress on the heart can cause irregular heartbeats known as palpitations. You might sense that your heart is skipping beats, pounding or fluttering, often for just a few seconds. You may also notice that your heart is beating faster than usual when you’re not engaged in physical activity.

When you are deficient in iron, your body can’t make enough hemoglobin to supply oxygen for the growth and repair of all cells, including the cells that form hair follicles. When your body is starved of oxygen, it goes into survival mode. The limited oxygen in your blood is directed to support vital functions. Since hair growth is not necessary for survival, the growth cycle is interrupted. Hair becomes dry and prone to breakage. It may also fall out. In severe cases, iron deficiency hair loss can look like a typical male and female-pattern baldness. 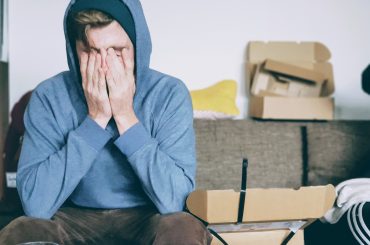